How About a Little Grace?

I’m excited to share a guest blog with you this week from the funny and wise Chip Lutz. This is an excerpt from a longer article you can check out here. I’ve had the honor of getting to know Chip through our National Speakers Association Wisconsin Chapter meetings.

I’ll admit it.  I have some hair triggers that push me past the point of good judgment.  I won’t name them and, most of the time, I have a really slow fuse in getting angry but there are some things that give me the crazy brain.  The crazy brain is when you say (or do) something in the moment and later, when calm, you think “Why did I do that!?”

How about you?  Do you have some hair triggers?  Some interaction with another person that spurs you to think (or say) things like…

“I can’t believe they did that!”

“I can’t believe they posted that!”

“Don’t they know how what they’re doing is impacting me?”

“I can’t stand the way they do that!”

You’re not alone.  It’s human nature and, quite frankly, it’s doubtful that the person that spurred those thoughts did it intentionally.  Granted, there are some that do go out of their way to be annoying but they are the exception and not the rule.  Further, I’d go as far as to say they didn’t even realize they were being “like that” and haven’t even given it another thought.

Like I tell my coaching clients (and my kids), “You’d be surprised at how much people don’t think about you as much as you think about you.”  So why hang on to it?  Hanging onto it only hurts you.  I know . . . I’ve been there.  It also degrades productivity and team trust.  I’ve been there too!

What we all need now is a little more grace and a little less anger.  You can call grace by a lot of different names and (in this case) I’m not using it in a religious manner at all.  We could refer to it as cutting someone some slack, turning the other cheek, giving them a pass, forgiveness (or any other phrase) but I really like the word grace.  And, since I’m writing this, that’s the term that I’m going to use.

For me, grace is giving someone the same consideration I would want if the conditions were reversed.

When my trigger is pulled and I feel my inner anger starting to bubble up,  here’s how I try to invoke that grace. Perhaps it will work for you as well.

Lieutenant Commander Chip Lutz, USN(Ret), MSEd, CSP, is the President and founder of Unconventional Leader, LLC. As a speaker, teacher, coach, and author, Chip uses an interactive style, humor and lots of practical, real-world solutions to share messages that improve leadership and teamwork.

I Wanted to Get Up & Walk Out – Can we respectfully agree to disagree?Better Life, Negative emotions, Relationships 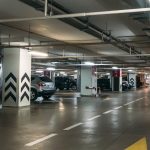 Then I Heard a Loud CRUNCH! – What if mistakes are lessons in disguise?Better Life, Negative emotions